A beginner-friendly guide to help you explore the Linux boot process.

Ever wondered what happens when you press the power button of your Linux machine? 🤔. This blog will give you a better understanding of how things work behind the scenes, in the following steps/stages:

Let's have a better look at'em:

(Firmware is the programming that's embedded in the nonvolatile memory of a device.)

NOTE: systemd is initialized by the Kernel once its loaded-up, after which systemd starts the required dependencies and takes care of the rest. 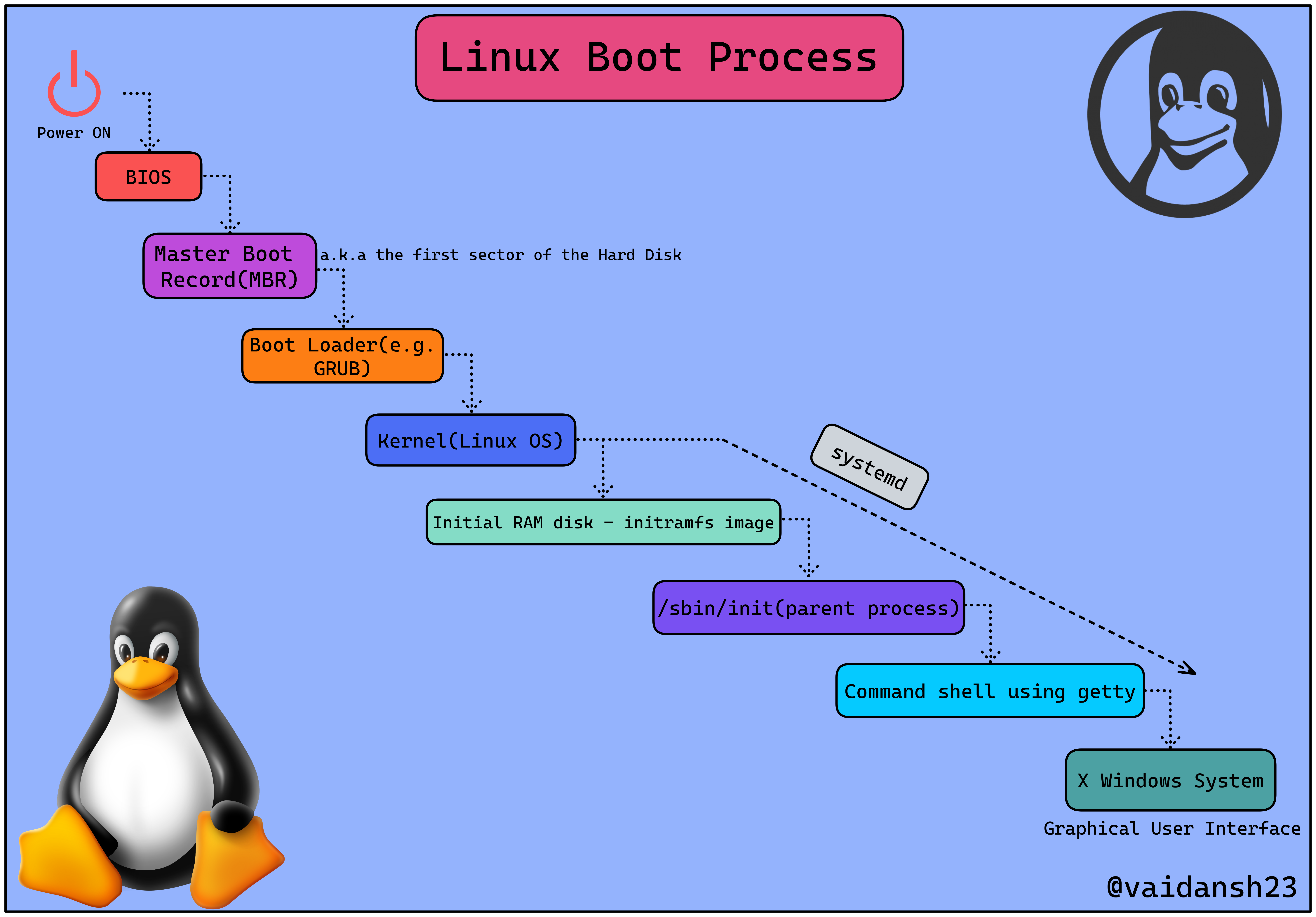 The Linux boot process is very adaptable and constantly improving, supporting a wide range of processors and hardware platforms. It is not necessary that everything listed above properly depicts your machine's starting process; some phases can even be skipped with some tweaks. So, have a look at a few more interesting topics to explore within this area. ⬇️

Thanks for stopping by!!